Facebook
I Used to HATE Back To School Shopping 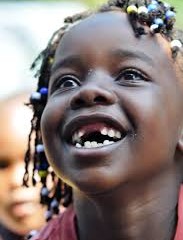 I Used to HATE Back To School Shopping

It’s that time of the year again; summer is coming to a close and the countdown to a new school year has begun. The stores are full of bright colored crayons, scissors, folder and packs; and the list of supplies are specific and long. And those dedicated supply isles are crowded with so many other parents doing that same chore– and can I just be honest? It can be really easy to complain about how miserable taking four kids to Target is.

I have been guilty of the procrastination; literally dreading the experience of going to the store with kids to make their selections. I wish I could tell you it is dreading the money spent, but that’s not it entirely. I’ve dreaded the chore of shopping, I’ve dreaded walking through the aisles with my kids hunting down six boxes of 24 crayons, eight packs of pencils, three wide rules notebooks, friskers scissors,  four glue sticks, and that one….steno pad. Oh I hate trying to find the steno pad every year; it’s never with the other supplies, and seriously, can we just make this moms job easier and stick with traditional notebooks? In past years, I have been guilty of the whiney Facebook status and even once (yes, I hate to admit this) a picture of my “misery”: a cart full of stuff and kids in the middle of the isle.

But not this year.

I am midway through a book that is wrecking my world; and truly, I’m not sure how to even process what I am reading. It’s called, Kisses For Katie (Katie Davis) and it is the true story of a twenty something year old who saw the poverty in Uganda and when she saw it, she couldn’t just look away. And this young girl, followed in the footsteps of Jesus in a way most of us Americanized Christians would never even dream of; she took the Bible literally and abandoned her life to serve and care for these impoverished children. It’s about children, the same age as my four, whose parents have to work half a year just to pay tuition and only fantasize about being able to afford supplies. It’s about children and parents who weep with joy at the simple gift of pencils and a box of crayons.

Sometimes you read things that are so difficult to understand; so convicting, that you almost want to forget the words. But, the reality of the poverty and suffering of an entire country; an entire generation of children with hopes and dreams just like my little ones– simply can’t be unread. So I stood there in Target last week with an unfamiliar grief and a new gratitude.

Suddenly the trip that was once so miserable– I considered such a privilege. To be able to buy for my kids new packs, new lunch boxes with their favorite characters, and perhaps even a new outfit for the first day. That’s a luxury that most of the world will never know. How in the world did I get so spoiled that I would consider a few hours in the school isle of Target a mild form of parental torture?

And I thought about the words I hear every year from fellow parents, and the words I have uttered myself, about hating when school starts again. Hating the mornings, the painful routine adjustment, bus schedules, and homework. It can be easy to complain, because, it is work and those early years are hard. But this year when tempted to complain, I am hoping I will be reminded of this simple reality: in so many countries many kids would do almost anything to go to school. Many moms go to bed each night with prayers for the finances to send their kids. And tragically, many times those prayers go unanswered for months, years, and sometimes– entire childhoods.

It’s easy to take for granted what we have. It’s easy to close our eyes to the suffering in the world around us. It’s easy to remain ignorant. But once you know; it can’t be unknown. And so, at the beginning of this school year, my former complaint is being replaced with a searching prayer, “Why am I so blessed Lord? And how can I be faithful with the abundance you have given me?”

Your email address will not be shared or published. Required fields are marked *

Have Facebook? You can follow me HERE, just don't friend me because I can't possibly be friends with everyone.

© RUBIES IN THE DESERT. All Rights Reserved.